What are the best Minecraft servers? Ever since Minecraft blew up, so did its multiplayer servers and along with that, the creativity of those who made and inhabited these servers. Due to the inherent "sandbox" nature of the game, this has opened infinite possibilities of ways to modify the game to one's liking.

And there isn't any better display of this than the thousands of servers that have come and go over the years. Every server is its own self-contained multiplayer world, with its own rules, gameplay style, and communities. We’ve had a hunt around to find the very best, featuring anything from breathtaking constructions and vistas to worlds with whole new rules and game modes.

Without further ado, here are the best Minecraft servers:

How to join a Minecraft server

To join a Minecraft server, first find a server you like the sound of – like any of the ones mentioned below – and grab the IP address. Start the game, click ‘multiplayer’, then ‘add a server’. Next, pop in the IP address and name the server.

Now, make sure you click ‘done’ before heading back to your server list and finding your desired server. Hit the ‘join server’ button and you will find yourself in a new, wonderful world of blocks, and people who like said blocks. 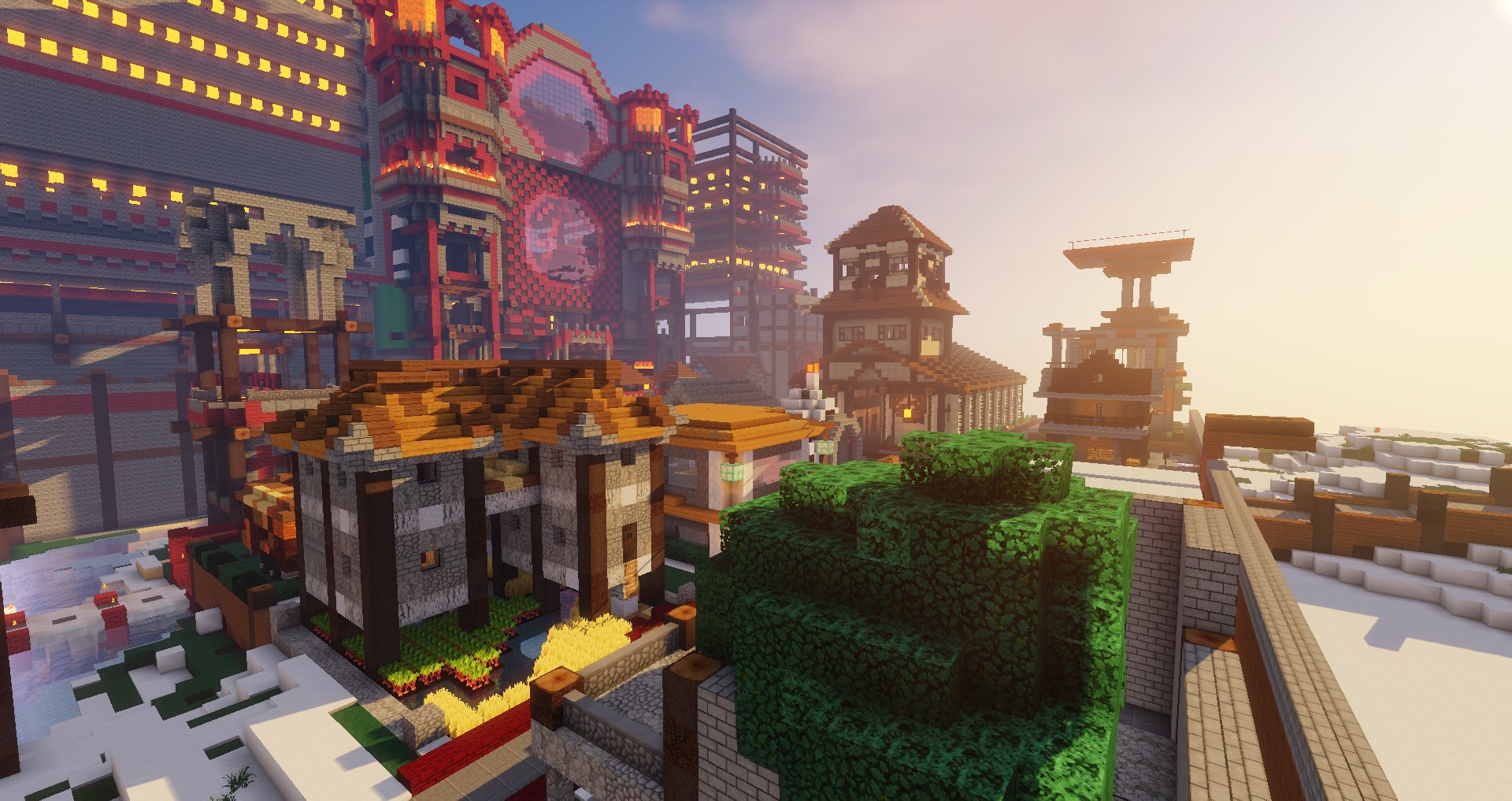 Started in 2011, EcoCityCraft is the longest continuously running Minecraft server of any note. Boasting one of the most active forums and communities in Minecraft, this is the #1 truly economy-focused server in the world, offering a hardcore economy experience like no other. Unlike many other servers that come and go, vanish, close or reset, any progress you make on EcoCityCraft is 100% secured, as it has been for nearly a decade.

Measuring by playercount, Hypixel is going to be the largest server you'll ever find on Minecraft. But their near 100,000 player peaks aren't undeserved. Whether it's their insanely addictive Skywars, or cutting-edge Skyblock, Hypixel has always delivered the best possible gamemode for its players.

Created in a split with the now-defunct MCSG/MCGamer Network in 2013, HiveMC is still going strong after all these years, both on Minecraft's Java and Bedrock platforms. Whether you are looking to play solo, or conquer the leaderboards as a team, HiveMC has something for everyone. A large variety of popular minigames are offered, such as Bedwars, Hide and Seek, Survival Games, and many more. Along with Hypixel, Hive is on the forefront of pushing the limits of Minecraft, continuing to defy the possible with its innovative gamemodes.

Discounting Hypixel, Minecraft's largest server is Cubecraft . After blowing up in 2016, it has continued to be one of Minecraft's top servers and hasn't failed to disappoint. Whether it's the 50 different gamemodes and over 250 unique maps, there truly is something for anyone to enjoy. Classic gamemodes such as Skywars, Survival/Hunger Games and Eggwars are offered, in addition to its very own original gamemodes such as Tower Defense, you can spend countless hours on this server trying out different gamemodes before anything gets even remotely "old".

If you're looking for a server that has literally everything, Snapcraft would undoubtedly be on your list. Whether it comes to gamemodes ranging from Kit-PvP to Creative, amazing builds and a friendly staff team, you're sure to find something to suit your playing needs! Snapcraft has a well-maintained forum and a highly active commnity where you're bound to make new friends as you team up to become the next leading faction, the next great PvPer or the best builder ever seen.

Want an alternative to Hypixel or Cubecraft? Minecraft Central is that alternative. One of the largest servers in the world, still going strong, Minecraft Central, or MCCentral as it's often refered to, is a massive multimode server with a diverse set of games offered, whether it be Hunger Games, Prison, Skyblock, Factions and much more.

Minecraft's oldest anarchy server, 2Builders2Tools, otherwise known as 2b2t was established a decade ago on the principle of having only one rule: There are no rules. If you're looking for the truly original anarchy experience on Minecraft, you won't want to miss what's offered by 2b2t.

Created by YouTubers MrWoofless and PrestonPlayz in 2014, CosmicPvP is one of the few large servers that have stood the test of time and withstood changes in the enviroment Minecraft without any substantial decline in players. A Factions-focused server that specifically runs on 1.8, CosmicPvP is a favorite among diehard PvP fans anywhere.

Brought back from the dead by PrimeMC's Trkey in 2018, TheArchon is once again the largest Factions server in the world and will not disappoint fans of the popular gamemode. Nor is it the only one offered on this huge network - Robbery, Prison, Skyblock and more are offered as a decent alternative to

When it comes to PvP-focused servers, PvPWars is among the best. Whether it be its dynamic and competitive Prisons and Factions gamemodes, or a its popular Skyblock servers where hundreds of USD in weekly rewards are doled out to the top players, PvPWars has something for everyone.